Just added to your cart

"Here's an innovative aid for anxious parents of teenaged drivers" 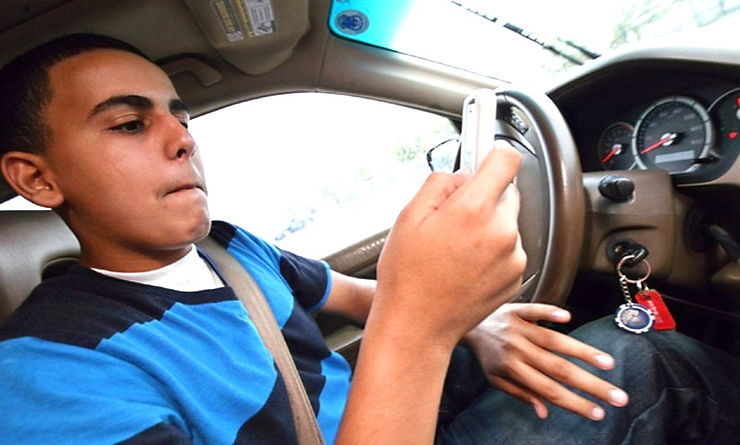 Does your anxiety rise to unimaginable levels whenever your newly-licensed teenager grabs the car keys and heads out for a drive?

Good news: There’s an app for that.

For instance, a concerned parent can follow his or her new driver’s course on their cell phone (nothing new there, right?) but also caution them with voice commands that flow out of the vehicle’s speaker system when junior puts the pedal to the metal a little too firmly.

“Our app has options that allow parents to pre-record their voice or speak in real time to tell their children — through the car’s speaker system — to slow down,” said Kalidindi, the creator of OtoZen. “This way, you don’t have to call or text your child — a distraction in itself — to warn them to drive slower.

“Our app lets parents know the speed their child is driving and what the speed limit of the road they’re driving on. If they notice, for example, that their teenager is driving 45 in a 25 mile-per-hour zone, they can deliver a voice command like, ‘Slow down, Jimmy!’ or send a beep through their child’s phone.

Three years in the making, the app was designed to provide real-time warnings for unsafe driving behavior, such as texting while driving.

“One of the biggest differences between teenaged drivers from 20 to 30 years ago compared to now is that teenagers today grew up with cell phones,” said Kalidindi. “There is almost an expectation now on people to always be connected in this hyper-connected world. This app is for everybody, but especially for teen drivers.”

New drivers are more likely to take risks like speeding, as the proportion of fatal crashes that involved speeding was reported higher for teenage drivers than for other age groups (43% versus 30%), according to data provided by Sensovium.

In fact, in 2020, 17% of all the drivers aged 15-20 involved in fatal crashes were reported as distracted with cell phones at the time of the crash, the largest proportion for any age group.

“I’ve raised two daughters who are now college graduates, so I’ve lived through the teenaged-driving years twice,” Kalidindi said, chuckling. “While you don’t want to be an overly-concerned parent, it’s difficult not to worry, especially during the first 1,000 miles after a teenager gets his or her license because that is when the risk is highest.”

If a driver connected to the app attempts to text while driving, his or her phone vibrates or beeps — a warning to follow safer driving practices.

“The parents also receive a report of their teen’s driving habits,” Kalidindi said. “The combination of the real-time warnings and the post-trip reports should change any bad driving behaviors young drivers may have.

The app gets automatically activated when driving starts, without the driver having to open it. It works in the background to keep families informed of their location and ETA and helps keep an eye on the speed limit. And with driving alerts and family messages played as audio, driving with OtoZen is truly hands-free.

“OtoZen and several insurance apps provide Driving Safety Scores to measure the progress made over time,” Kalidindi said. “While this helps to track progress, OtoZen actually helps improve driving while it’s happening, not after. OtoZen’s real-time beeps warning of speeding and attempted phone pick-ups correct driver behavior in the moment when it matters.

“The benefit for drivers is not only to avoid immediate danger but also to train their brains with long-term safe driving habits that stick.”

Sensovium Inc. is a Silicon Valley-based company that was founded by former engineers from Broadcom, Intel and Yahoo.

“The company is led by professionals, parents and geeks who are passionate about the latest tech,” a Sensovium press released said.